Paving the way for Rwandan women

Hiveonline was co-founded by Sofie Blakstad and Matthew Mims in 2016. It is based in Sweden, Denmark and Rwanda.

hiveonline uses blockchain technology to bring financial inclusion to micro businesses in Rwanda. Interviewing founder Sofie Blakstad, it became very clear how passionate she is about female empowerment and hiveonline’s goal to enable access to credits and new markets for financially excluded entrepreneurs.

Do you have tips for those who are starting a company?

How did the thinking behind hiveonline develop? Did you expect it to develop in the way in which it did?

“I’ve been a problem solver my entire career, and through my nearly 30 years in banking, was responsible for fixing systems, then infrastructure problems, then organisations in 60 countries, and I began to understand the systemic imbalance in the economy and how it’s designed to be extractive. I also saw that an extractive economy is a self-defeating structure; at some point, there’s not going to be anything left to suck out, and we’re all aware of the devastating effect it’s already had on our environment.  But when I consider communities of small businesses, like the one I grew up in, those communities are not extractive and they give back to the community.  It’s even more apparent in rural Africa, where I’d seen through my professional work how difficult it is for banks and large companies to reach these communities.

And if you’re a rural African farmer or domestic processor, the odds are really stacked against you – everything is expensive, and you get a tiny share of the value of your product because of inefficiencies and a lack of transparency. If you’re a woman, you get even less. You also don’t have access to anywhere to save or to growth capital for your business. The big problem we identified was trust. There’s trust in the communities – especially savings circles and to an extent in Cooperatives, so we decided to digitise that trust, to help communities capitalise on what they already have, to give them access to capital from formal lenders. And with blockchain, we resolve the problem of lack of infrastructure and formal finance – the blockchain effectively provides a financial infrastructure where there is none, so they don’t need a bank to have a store of value.

Although we originally started with Nordic microbusinesses before deciding to focus exclusively on Africa, the problem we’re solving and our mission to build better economies hasn’t changed, as you can tell if you read my last book from 2018 (Fintech Revolution: Universal Inclusion in the New Financial Ecosystem, Palgrave), which is really hiveonline’s manifesto.”

What challenges and obstacles have you experienced as a female founder?

“It’s a good question. Before I founded hiveonline I was a programmer and then leading technical infrastructure delivery, in banking. So, I’m used to being the only woman in the room. But I was surprised when I moved to Denmark that the financial and tech sphere are unusually sexist for Europe. I was shocked to find people who knew what I did and knew about my background would say to my face: “women are not interested in technology”. And the investment scene in Denmark is one of the worst for women founders in Europe, with around 1% of investment going to female founders… although now I am talking to Danish investors here, the early-stage angels just don’t seem to invest in women. I was once at a diversity panel, comprised of 4 white male investors, all saying “we just invested in the best companies” … and those companies just all “happen” to be male. In other countries, government initiatives have improved investment in women-led companies, and there’s a definite correlation between this and the rising proportion of capital going to women founders, but it’s still proportionally tiny.  So, I think an investment is the biggest challenge.

I would say in terms of people believing that you know about tech and finance, that is also a bit of a barrier. If I walk into the room with my co-founder, who is male and 20 years younger than me, anyone who asks a question about tech will ask him and if it’s about blockchain, he’ll say: ask Sofie. I think this is the universal experience with female and male co-founders – they always ask the guy about tech and it’s just annoying. I mean, it is easy to correct but it’s irritating.”

Do you think the barrier around getting investment is especially high in tech?

“Yes, definitely. All through my tech career, I’ve known that as a woman you have to outperform men to get anywhere, but it’s even more extreme in the tech startup and fintech world, especially in Denmark. There is the perception that women are not competent in technology and an assumption about what fintech teams “look like”. If I compare hiveonline to another similar company – we have won lots of awards, we have the product in the market, over 0,5M revenue last year, we tick a lot of boxes – and yet I know of other blockchain companies which raised millions before they had a product in the market. And they were all guys.”

What would you recommend others to get where you are today?

“What I always say to new female founders, especially young ones, is come up with a business model that makes money. Don’t assume that you are going to get an early-stage investment. Because the chances that you will get investment, statistically, are very, very low. So come up with a business model, whether it is consultancy or something else, that brings in money until you get your product in the market and can start thinking about raising money.”

What was your favourite part of F-LANE?

“My favourite part of F-LANE has been the amazing mentors we’ve met. There have been so many people who really understand the market we’re in, understand the challenges we’re facing and that’s been fantastic!”

“We’re about to expand into Nigeria, working with returning refugees in the North-East, which is a conflict area. What we’ve seen in conflict zones, is that hiveonline’s services are even more important, because the financial industry moves out.  In Nigeria, the insurgents are also targeting the mobile infrastructure.  So we’re going to face some interesting challenges there, but we’ll be helping these women who are starting farms to grow their businesses and increase food security – so that’s going to be great!”

Find out more about the F-LANE Accelerator programme 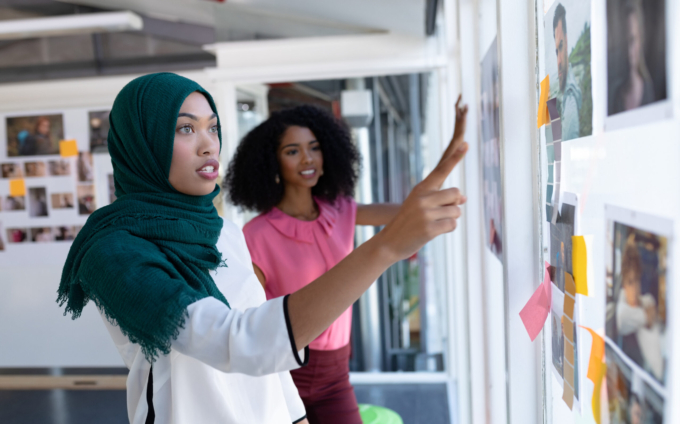 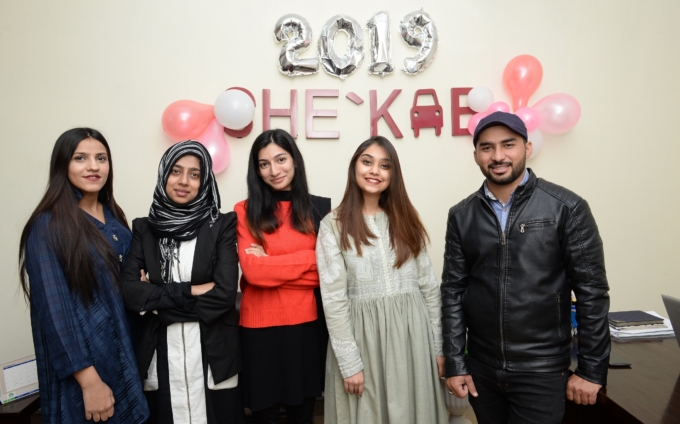