Europe is taking a more deliberate approach to the tech revolution than powerhouses like the US and China. But Sami Haddadin, an AI adviser to the EU, argues that exactly this is the continent’s greatest asset. The focus of technological development, he says, should be on people.

Many have criticised Europe for thinking and worrying too much, and for acting too slowly. As a member of the European Union’s High-Level Expert Group on AI, what is your view?

Critical discourse is extremely important, so I’m not an advocate for moving forward without discussion. This technology shift we are now seeing represents a fundamental transformation and it is moving at a very rapid pace. I don’t necessarily mean the basic scientific progress, which is the product of decades of hard work. But lots of the things that have been developed in the labs and technology centres around the globe are now reaching the real world. And that is really something that must be discussed in a modern society. We’re a democratic ecosystem of European countries and we must collectively lead this discussion in the right direction.

Are we there yet? Have we settled on the right direction?

My view is that the discussion shouldn’t be focused on what we don’t want, but on what we do want. And how we can get there, hopefully at the forefront of technology and science. I truly believe that our wealth is based on scientific and technological discoveries, on our curiosity and on us having been drivers of progress over the last centuries.

At the same time, we have to be responsible. I think the label of trustworthiness is a good one. So the question is: How can we be forward-looking in terms of technology and science while being responsible and respectful of an ecosystem that includes industry, policy and society? As such, the discourse is vital, because if we didn’t have it, it wouldn’t be Europe.

The debate in Europe consistently focuses on ethical standards and values. Is that true at your university as well?

Absolutely. I think they’re actually part of the university’s genetic makeup, if you will. We drive science and technology forward, but we ensure that the human is at the centre of everything.

There are a number of questions we seek to address. The first is: What is it that we want to change? But the very next question is: How does it affect society? We engage with the social sciences and with philosophers to really understand how to drive technology in the direction we want as a society in general. Finally, we are also focused on educating the leaders of tomorrow on how to be mindful that they are not only cutting-edge technologists and leaders in the field, but that they should also be aware of what this technology can do and be responsible with their decisions.

More broadly, what should be the focus of a European AI strategy?

I would argue that we should build on the strengths we have. It is well known that science and technology are really strong in Europe, as is the next generation of startups. This is the product of tremendous investments on the European and national levels, investments that obviously have to continue. But now we need to face the transition into the real world. And we need to embrace that transition, because it is a chance for Europe as a continent, and for Germany as a country, to become established on the sustainable side of technology. It is an opportunity to get to the next level of what is being referred to these days as AI – which basically means relying on deep machine-learning techniques to perform large-scale data analytics. Doing so in a variety of applications is just the first phase of AI. The next generation will be about having humans and machines in the same workspaces and interacting in everyday life situations. That is where the potential and the opportunity for Europe lies, because that is where we are strong. We are effective in uniting engineering and computer science to create something new. The competition has just begun and there is still a future to be determined. But our focus should be on building on the strengths we already possess.

Last year’s Tech Divide study from the Vodafone Institute revealed that Europeans are particularly concerned about AI. Yet you argue the focus should be on interactions between humans and machines. Have researchers and academics underestimated the challenge of building trust with people?

I wouldn’t say it has been underestimated. It’s a concern for the entire community. Our goal has always been to establish a relationship and show that the science and technology we’re pushing forward is for the benefit of humanity. And this is the fundamental core of European science, a precious thing we should value highly. I don’t think that has necessarily been the focus of science and technology in other parts of the world. But that approach informs the discussion we are having now, a discussion that I truly believe is the right way forward. So I would say that the building of trust is being taken very seriously.

What part of the human-machine relationship are people actually afraid of?

I think what people really fear is being governed or controlled by technology and machines. We have to show them the direct benefits they offer to humanity and to individuals – not by having debates about science fiction, but through real-life technology. We also have to consciously choose which problems we want to solve – such as the future of work and making inhumane work obsolete in Europe, or working toward providing everybody the right medical treatment.

It’s about democratisation that we can finally embed. Technology is the solution to the problems that we have as a society, not a hurdle to those solutions. But it’s up to humans, to us as a society to determine exactly what we need to do to get to where we want to go. And this is a process, it’s how democracy works. So we shouldn’t fight it. We have to get out there, talk to people, help them understand how the technology works, get their feedback and co-evolve together!

You seem to be extremely optimistic about Europe’s future in tech. What do you hope to see in the coming years?

I really hope the right decisions and the right investments are made. We have to ensure that we have the right people, the right mindset, the right markets and the right scientific background. We need all these ingredients and we have to be strategic about that. More than anything, I would like to see Europe develop a greater awareness of its diverse strengths and a recognition that diversity is our greatest strength. I grew up in a divided Germany with a multi-national background, and seeing how united and strong the entire continent is today makes me think that we need an extremely positive vision of the future because Europe is really something worth fighting for, and science is at the core of it. We are paving the way for the future and educating the next generation of leaders now. So we need to be positive and proactive to make this optimistic vision of the future a reality – a future that is rewarding for our entire society. 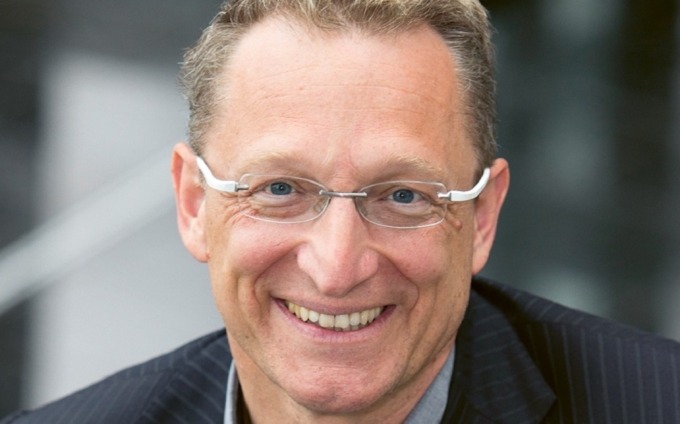