“Artificial Intelligence is already making decisions for us”

With "AI and Philosophy" the new series of the Vodafone Institute on the influence of artificial intelligence on society was launched. On the podium: Luciano Floridi, Nuria Oliver, Alexander Görlach and Hannes Ametsreiter.

Machines become increasingly intelligent and algorithms determine our daily lives: What does this mean for us personally, for our social togetherness and social cohesion? How can we positively shape the interaction between men and machine? The Vodafone Institute for Society and Communication has already provided initial impetus on these questions in its collection of interviews and essays “Entering a New Era – The Impact of Artificial Intelligence on Politics, the Economy and Society”. Now, it discussed the topic with leading digital thinkers of our current decade at the event “AI&I”.

After a warm welcome by Dr. Hannes Ametsreiter, CEO of Vodafone Germany, speakers Professor Luciano Floridi (University of Oxford), Dr. Nuria Oliver (Director of Data Science Research, Vodafone Group) had the opportunity to talk about these issues with the audience in the Soho House Berlin. The evening was moderated by Professor Alexander Görlach (Senior Fellow Carnegie Council for Ethics in international Affairs).

The future of work: nothing new in the digital era

When you believe Harvard docent Alexander Görlach, the digitization and with it artificial intelligence is not such a new movement when it comes to labor: “We may not be aware of the fact that our societies since the dawn of time run on narratives of work. This is why we need to dive into a new history of purpose for mankind in the age of artificial intelligence.”

AI can be a massive good for the world – but has to be aware of, too

Professor Luciano Floridi pointed out that artificial intelligence and digitisation is mostly about making the right decision what to support more: “When we have a look on the environment for example – AI is going to use loads of energy, for sure; but at the same time we can develop models to use resources way more sustainable than we do today.” At the same time, we shouldn’t underestimate the power AI already has today. “It is already making decisions for us”, Floridi mentioned.

The age of our retirement model is over

In the final discussion, data scientist Nuria Oliver emphasized that although AI just means another level of industrialization and development of work for the human being, it will definitely change our labor world. She stated: “The old model of retiring with 65 and then you do nothing is completely obsolete.”

In the end of the event, Nuria Oliver also found a positive conclusion, which sums up how AI will affect humanity: “AI changes already changes the view on how we think about work and tech in the future – and I think that is a good thing.” 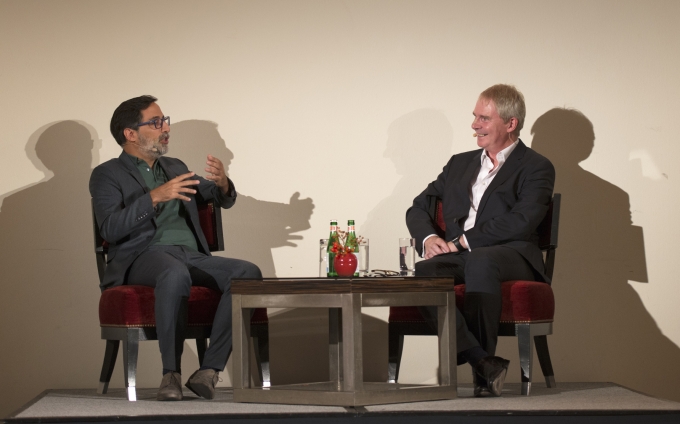 How will humans and technology shape each other? Under this lead question Prof. Alexander Görlach and Prof. Sir Nigel Shadbolt discussed the future of human and machine. 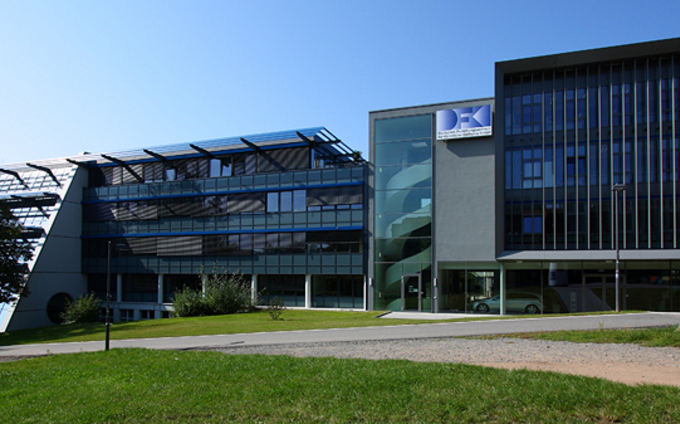 Is Germany losing ground in the increasingly strategic field of Artificial Intelligence? An overview of the country’s scientific, economic and political efforts.

“Artificial Intelligence is already making decisions for us”

With "AI and Philosophy" the new series of the Vodafone Institute on the influence of artificial intelligence on society was launched. On the podium: Luciano Floridi, Nuria Oliver, Alexander Görlach and Hannes Ametsreiter.